Here is a digital alarm clock with an unusual design. This is a Projection Clock that takes the form of the TARDIS from Doctor Who in the famous TV series. The projected time the wall is blue. [Read more]

I love this Doctor Who Clock. It looks just like the Tardis on all four sides. It makes Tardis sounds and lights up when the alarm goes off. It also projects the time on the ceiling when it goes off. You can also press the light on top of the Tardis until the sound and lights come on to test it. The Tardis sound is louder than expected. This type of clock can be hard to set if you are not used to this kind of clock. It is in 24 hour time. The ((( )))and bell icon has to be under AL for the alarm to make sounds and lights when the alarm goes off. I am posting a picture of the directions for the people that did not get them. They are inside of the side of the box.
↭ 🍁 ↭
Disappointing product broke so I returned it.
by Stiggymarz (1 out of 5 stars)
February 6, 2018

Very disappointing product. This rating is for the product, not the seller.

Bought it as a Christmas gift for my kids. Did my online shopping in November and had things sent to my inlaws address because my nosy kids like to inspect all amazon packages we get at home. It arrived quickly enough. When I went to pick up my packages that needed wrapping before Christmas I was surprised at how small the Tardis clock was! Especially for $22. I blamed myself for not double checking the measurements before buying, but honestly, I probably still would have bought it because my kids would love it anyways. And it was too close to Christmas to find a bigger better blue box.

Christmas comes, kids love it. Try to figure out how to put batteries in (annoying tiny screw type door. Why does everything with batteries use these screws now?), but which screw am I supposed to unscrew? We thought there were no instructions, but double checked the box and they were hidden between the box and another panel inside the box. I get the batteries in and push the button on top and yay! Tardis whooshing noise!

Then to set up the time and date using the nonsensical method in the instructions. There are only two buttons. So it's not like a regular digital alarm clock, and not like a digital watch either. It takes several tries but finally get it set, push the button and yay! Projection of time in blue digital readout on the ceiling!...sort of...smaller than I thought it should be. But kids still think it's cool. And the digital readout on the front is not lit, so you will have to push the button to see the time and likely set off the whooshing in the middle of the night since it's the same button.

Ug. Still have to set the alarm. Same confusing process. I set it for a few minutes from now to test it out. Yay! Whooshing noise! Kids are amused but I decide not to get rid of their hello kitty alarm clock just yet because I don't forsee this sound waking them up for school...and I don't want to try to reset the alarm time with the dumb instructions. So it will be a cute novelty piece on their shelf. That goes off at 10 ish every morning because I no longer want to figure out instructions to turn it off. At least it only goes off for a minute. Definitely does not get my sleepy head kids to wake up.

Less than 2 weeks later the projector piece just fell inside the clock. This shouldn't happen to a clock that sat on a shelf occasionally having a button pushed to see the time or make the noise as it was designed to do. I was going to try to fix it but found no way to open up the housing. Finally realized that I shouldn't have to keep and pay for such a poor product. Saw I was still in my return period, boxed it up (no original packaging, no problem), sent it back, and amazon refunded my money. Glad amazon returns are easy.
↭ 🍁 ↭
DO NOT BUY!
by laceup (1 out of 5 stars)
December 25, 2015

False Advertising!!! You would think that a $34.00 alarm clock would actually be the weight and size of a NORMAL, QUALITY alarm clock, BUT THIS IS A SUPER SMALL PLASTIC TOY!!! It is the size of a computer mouse and fits in your hand. Why have a caution for small children when clearly it is designed for children and NOT Adults. It literally fits in the PALM of your hand and doesn't extend to the fingers..Just the PALM.. And the battery storage compartment which requires 4 AAA batteries has the SMALLEST screws that you must use a eyeglass repair kit screwdriver to open it just to insert the batteries. It makes a good Tardis sound and does project a faint time image on the ceiling, depending on high your ceilings are. I bought this for my 20 something daughter who is a Doctor Who fan, and bragged about her favorite thing for Christmas. Image my embarrassment when she pulled out this TINY PLASTIC TOY and NOT an ADULT size alarm clock. I do not recommend you buy this product unless it is reduced to $12.00...It is not worth more than that!
↭ 🍁 ↭
A TARDIS projection alarm clock - what fun!
by Fluffy Grandma (5 out of 5 stars)
April 16, 2015

Just what I needed. I have been looking for a small projection alarm clock for some time. Since my bed is adjustable I could neither see or my alarm clock at night; this clock has solved that problem. -- As a Dr Who fan, I love the TARDIS reproduction. But this is more than a fan's collectible: it works! You have the option of a 12 or 24 hour clock; the instructions were easy to follow when setting the clock and alarm; the projection is terrific (just a touch on the light on top of the TARDIS and your time projects to the ceiling, where it is easy to read). One more delicious feature: when the alarm goes off, it sounds like the TARDIS preparing to leave on another Dr Who adventure. A final note: this alarm clock is small (about 4" square by 6.5" high) and runs on batteries; it fits perfectly on my bed tray right next to my watch and cell phone.
↭ 🍁 ↭
The TARDIS never sounded this bad...
by Joe C. West (2 out of 5 stars)
December 5, 2014

The clock is a bit of a pain to setup although it works pretty much as expected BUUUUT the "Tardis sound" used as an "alarm" sounds more like it was recorded during a back alley session of strangling rats. Don't know about YOU but it's really not an attractive way for me to start the day. So, being too lazy to return it, I simply rely on it to project the time on the ceiling in the middle of the night. THAT it does OK. I trust the BBC purchasing agent will wake up, review this item, and force the Chinese designer to listen to at least ONE Tardis landing so he/she can refocus on getting the sound right on any new production.
↭ 🍁 ↭
Good clock but
by BelmintBetty (4 out of 5 stars)
November 16, 2017

Definitely gets the child up in the morning. It works and it looks neat. However, there are a few issues, you cant program the day so it will go off on the weekend at the same time, snooze mood is sometimes a challenge to turn off and the sound gets a bit annoying after a while.
↭ 🍁 ↭
Cheap Overrated Alarm Clock
by M. Davidson (2 out of 5 stars)
December 10, 2013

This alarm clock was purchased for my son who is a BIG Dr. Who fan. For the price, this just isn't worth it. It's cheaply made with inexpensive materials. If the clock was $10 I would have given a higher rating because the value for the product would have been more in line.

Like many people, we found setting the clock was a pain. Additionally, the alarm started going off today (never been used for this purpose) and it wouldn't stop going off every five minutes despite turning the alarm off... Lastly, we can't see the time on the wall or ceiling as indicated. My son told me this recently, after having purchased it in April, so can't return it unfortunately.

Overall, I'm sorry I wasted my money on this. Should have bought him a sonic screwdriver instead LOL.
↭ 🍁 ↭
Rocky at first, but with ultimately awesome
by MJ (3 out of 5 stars)
March 18, 2014

So this is actually an edit of my first, absolutely scathing review about this product. When I first put the batteries in and tried to work the alarm I was absolutely frustrated to find that not one aspect of this alarm worked! But I checked the batteries again and for whatever reason I after I did it was up and running. I will be honest-I assumed the AL symbol was the indicative symbol for the alarm, but it's actually the top symbol that looks more like a radar tracker....a very confusing system with unclear directions and not enough information about how to make everything work. To be honest I'm still not sure how half the functions work. And I have seen a lot of complaining about how small it is...really guys how big do you need your alarm clock to be??? True it would be nice if it wasn't just battery operated, but overall it's a freaking Tardis, it make the Tardis noise, and it lights the heck up-I am totally satisfied and happy with my purchase! Just because it could be better doesn't make it any less epic :)
↭ 🍁 ↭
Cute But Cheap
by Lani (2 out of 5 stars)
January 28, 2017

The alarm is VERY LOUD and has no volume option. It is tricky to figure out so if, for instance, your daughter is gone overnight and forgets to shut it off, everyone else is in for a rude awakening. The display is difficult to see during the daylight hours. Other than that is cute. If you're a Who fan, I recommend opting for something else and spending your money on a real clock.
↭ 🍁 ↭
despite wanting to love this, the clock is very tricky to set
by Jenn Vande Zande (3 out of 5 stars)
April 20, 2017

So, despite wanting to love this, the clock is very tricky to set, and ours doesn't keep time properly-it is always falling behind. It's a great accessory for Dr. Who fans, but truly not reliable as an alarm.

*If this is not the "Doctor Who TARDIS Projector Clock" product you were looking for, you can check the other results by clicking this link 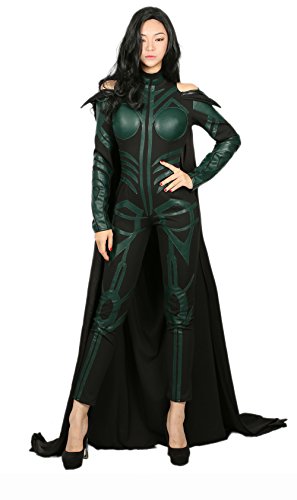