See, sometimes you can have too much of a good thing, but other times...you should turn every possible 21st century EDC item into a flux capacitor. That's ThinkGeek's current modus operandi. Hot on the heels of their... [Read more]

I agree with a few reviews here. Yes, the Watch is cool. Telling time is not easy. The little LED's that light up on the Flux Capacitor, for Hour, Mins, & seconds happens quick & you may not be able to figure it out the first time you try to read it. It could take you a few times to figure it out, & it's stated on the instructions, Battery life depends on how often you push the button to tell time daily.

It also states Battery life may last 1 year & you must take it to a professional Watch Repair place to have the Battery replaced.

This statement does not sound so good. It makes me feel replacing the Battery's may turn out to cost a small fortune.

If what I think turns out to be true, then I agree again. This Watch is a cool conversation thing. Normal everyday use is questionable. It is a little heavy & bulky & I may not wear it every day. So, for me I'll prob keep it just for the heck of it.
↭ 🍁 ↭
Disappointing...
by Jeff Brawn (2 out of 5 stars)
March 2, 2017

I got this as a present for my nephew. This watch was a letdown. First, you expect the thing to light up, which it doesn't. To top it off, it came with a dead battery. They shipped me a new battery, eventually, but getting the back of the watch back on after replacing the battery myself didn't go well. And once I'd accomplished that, the reward was a dim digital clock on the side that is hard to read. I'm not going to win Uncle of the Year for this one.
↭ 🍁 ↭
AWESOME!! Why no girl sizes??
by Baker Girl (5 out of 5 stars)
December 6, 2016

LOVE this watch! I'm a girl and the band is clearly for a guy, so I had to get some links to removed for it to fit me. Really cool, instructions make setup easy.
↭ 🍁 ↭
Not a good watch at all.
by Evan's Reviews (1 out of 5 stars)
December 31, 2016

This watch is very cheap and the battery inside didn't last long at all. Not worth the price if your planning on wearing this watch. It's more of a decorative piece to sit in a collections than to be an actual wearable timepiece.
↭ 🍁 ↭
Way Cool!
by Kathie (5 out of 5 stars)
April 6, 2017

Oh my gosh! I got this for my son who turned 40 and is a heavy equipment sales man. He loved it! He put it on right away, but the band needs to be adjusted smaller, not a big deal. I think he loves it. The case is a little thick, but that's part of it's charm.
↭ 🍁 ↭
Cute but not very functional
by KrissyH (3 out of 5 stars)
January 2, 2017

This is a cute little watch, unless you want to tell time. It's a great conversation piece but it's realistically not a great time telling piece. We bought it for a gift but after getting it set up, and realizing how challenging it would be to actually tell time on it, we decided to spend our money on a watch that will give you the time without having to do some kind of magical science experiece.
↭ 🍁 ↭
Great idea but...
by Ken Rowe (3 out of 5 stars)
June 6, 2018

It's Huge. I would love it if it was more watch-sized, but it is enormous. Did I mention that it is BIG. I really wanted to wear this, but had to return it.
↭ 🍁 ↭
Five Stars
by Amazon Customer (5 out of 5 stars)
April 6, 2017

bought this for my son, almost impossible to adjust to a smaller size. Pretty BLAH as far as a watch goes in general.

*If this is not the "Flux Capacitor Watch" product you were looking for, you can check the other results by clicking this link 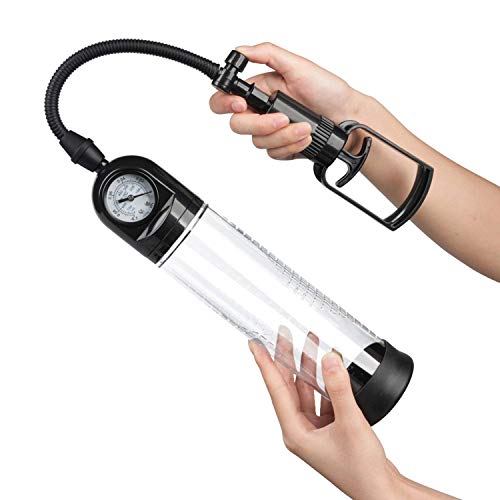