WHEN DARKNESS FALLS… WHEN THE UNDEAD RISE WITH A HUNGER FOR BLOOD… WHEN THE HUNT IS ON—AND YOU ARE THE PREY… WILL YOU BE READY?

In the inevitable event of a vampire attack, the average citizen will be forced to engage in vicious hand-to-hand combat. To avoid serious injury, disfigurement, or death by exsanguination, you need to know the proper combat strategies and techniques to ward off a stronger, faster, more agile undead opponent looking to drain the life from your body. Are you prepared? With detailed illustrations and firsthand accounts from vampire combat veterans—as well as interviews with actual members of the undead—this manual provides you with the information you need to survive with your life and blood supply intact, including:

The Vampire Combat Manual is your indispensable key to survival, whether in a one-on-one battle for blood or a face-off against multiple attackers. Don’t wait until the sun goes down—prepare yourself now!

I am a huge vampire fan and this book touches all the old folklore and cliches with a bit of humour and tongue in cheek. Taken with a wink and a nod you have a nice rainy day book to read and chuckle over.
↭ 🍁 ↭
An important and needed book for those on the front line of Vampire hunting.
by Joseph J. Truncale,Top Contributor: Boxing (4 out of 5 stars)
February 14, 2013

My focus lately has been on hunting Zombies but I have just begun running into the other and more dangerous menace our society faces today, which is the obvious increase in the vampire population. Killing Zombies turned out to be easy because you could use just about anything as long as it penetrates the brain to kill it; however, killing vampires turns out to be more complex. I always suspected there were more than one species or types of vampires, but until I read this training manual I did not know there were so many variations.
I also was amazed that my extensive martial arts and weapons back ground would be of little use against the vampires strength and speed. I was, however, happy to hear that by making the wooden stakes pointy and sharp at both ends I could use either end like a long Yawara stick to ram into the vampire's heart to kill it.
This 303 page manual is organized into six parts. The first part explores the many misconceptions and disinformation there is on the subject of vampires. The second section explains the anatomy of vampires. The importance of conditioning and preparation is covered in section three. The fourth section goes into detail on the weapons to kill vampires. Combat strategies and techniques are taught in section five and the last section explains the team-based combat tactics of killing vampires.

In conclusion, if you are an authentic vampire hunter you need this highly informative manual before you get bitten on the neck by some seducer vampire.

Good book. Just wish if would've went longer. I wasn't sure what to expect and was for the most part pleasantly surprised by the witness accounts in the book.
↭ 🍁 ↭
Five Stars
by Charna Gross (5 out of 5 stars)
March 25, 2016

Great format, information and it's well written.
↭ 🍁 ↭
Christmas present for my son who loved it
by Kindle Customer (5 out of 5 stars)
January 14, 2013

My son is currently into vampires and zombies. He had dthe zombie manual and wanted this one for Xmas. It was a big hit.
↭ 🍁 ↭
I was prepared to enjoy this book.
by Thomas (2 out of 5 stars)
August 25, 2013

I was prepared to enjoy this book. I have liked books similar too it. I wasn't holding this book to a standard it couldn't have easily exceeded. It would have been fine if It was funny or informative. It doesn't do either of those two things. I'm fairly sure the author wasn't even trying for humor. The publisher only marked it as humor because the premise isn't to be taken seriously. I dislike that because it skirts the line of false advertising. So the book wasn't funny but it still could have been informative. It was not. Half of the book sets up a new style of vampire. Far more thought has gone into what the author feels is his preferred flavor of vampire then has gone into how one might fight or hunt a vampire. This book offers almost nothing you couldn't get from reading a self defense instructional book and watching a vampire movie. Even the stronger sections of the book are disappointing. The section on vampire stakes leaves out important easily added information like that wood can get slippery and making a grip of animal hide or cloth might be a good idea or that hickory is one of the most easily available weapon quality woods in the US. That said the, writing style was alright. I might easily have enjoyed a narrative fiction written by this author, instead of this book.
↭ 🍁 ↭
like this book very much
by lanfanglanfang (5 out of 5 stars)
January 7, 2013

It is a wonderful book. It gives the vivid descriptions how to fight the vampire. I like it and kids like it too. It is realy a good one.
↭ 🍁 ↭
great book
by jacob robinson (5 out of 5 stars)
August 22, 2015

Great book Roger ma know how to defeat the undead
↭ 🍁 ↭
An Awesome Mix of Fact and Fiction
by Amanda Jade (5 out of 5 stars)
October 8, 2012

The Vampire Combat Manual has everything you could possibly need to defend yourself against a horde of the undead. The research and thought that went into this book is highly impressive.

The book runs with its own vampire mythos and begins by debunking classic myths and misconceptions revolving around vampires. The manual is told from the point of view of a member of a secret organization that destroys vampires. What follows are chapters on vampire anatomy, personal preparation for battle, weapons, and combat strategies and techniques. It's an incredible mix of fact a fiction.

I was genuinely surprised and pleased by the amount of real info in this book. There are drawings that locate main arteries in the human body, info on how to tell time using the sun's positioning, weapon specs (the range and skill level of a weapon), exercise routines ...etc. There is even an incredibly detailed guide on how to make the most effective wooden stake, a guide with exact measurements and a list of high and low density wood types. This book may just be for fun, but it's absolutely packed full of information, some of which is useful even if you aren't fighting vampires.

I am in love with The Vampire Combat Manual and applaud Roger Ma for the amount of research that had to have gone into making this awesome book. It's one I definitely recommend - you can never be too prepared after all
↭ 🍁 ↭
Roger Ma covers all the bases on Vampire Lore.
by Jamal Morgue Luckett (5 out of 5 stars)
June 3, 2014

Think all vampires sparkle? Think garlic, crosses and the liken such will save you from blood suckers that hunt humans? Well don't worry Roger Ma has followed up his Zombie Combat Manual by teaching you not to fear Vampires. Unlike combating zombies Vampires are a cunning adversary with the ability to plan out attacks and defend themselves. Vampires won't lumber aimlessly towards you giving to opportunity to score a kill shot. Roger Ma exposes the vampires weaknesses dispelling fact from fiction giving his reader the upper hand versus the Vampire. He delivers to you the reader in an easy to read and even easier to understand and implement combat style. Roger Ma delivers yet another knock out punch with The Vampire Combat Manual.

*If this is not the "The Vampire Combat Manual" product you were looking for, you can check the other results by clicking this link 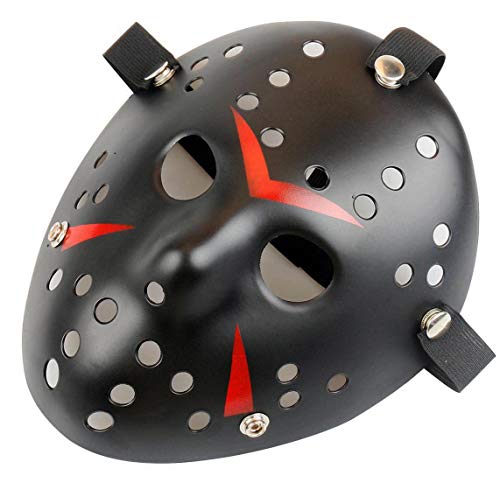