Play cards and learn about constellations!

Helpful in Recognizing Constellations
by Nettie (4 out of 5 stars)
December 30, 2016

I purchased these playing cards along with a Guide to the Stars wheel ( http://amzn.to/2iOhAsT ) for a gift. The wheel was a much bigger hit but the cards were a helpful addition to learning the stars one constellation at a time.

Cons:
-these are bigger than most playing cards
-they do not have listed familiar names like the "Big Dipper" for "Ursa Major"
-no clues on where to find them in the night sky

Pros:
-they are a good thick quality
-lists the proper name of the star, the meaning of the name, diagram, and picture.
-spells the names of stars phonetically
-organizes stars by seasons
↭ 🍁 ↭
Really cool playing cards!
by Mackenzi Nomura (5 out of 5 stars)
August 2, 2016

I ordered these cards as a gift for my husband and we both love them! They arrived in good condition and all are in good shape. We looked through them right after we received them in the mail and they were a lot of fun to look at and I already learned quite a bit! Each card has a different constellation on it, along with the name of the constellation, the pronunciation, the translation, and a more detailed picture with a drawing of what the full constellation looks like (in theory? :) ). They also have the best season for viewing on each card and they are organized by suit. For example, the heart suit is all spring. I especially liked that they have the pronunciation on the cards for the names of the constellations and that each card is different. The constellations are also organized by difficulty or ease in ability to find them in the sky. For a comprehensive example, the Ace of hearts is Ursa Major, which is pronounced ER-suh MAY-jur, means "the great bear", is easier to find in the sky (so it is a high card), and is easiest to spot in the Spring. We haven't actually played with the cards yet, but I am sure we will and they seem like they will be great.
We are excited to use them for game night. The only issues we have noticed are pretty minimal. They are fit very tightly into the box so they are somewhat difficult to get in and out, but it is doable. The other is that they are slightly larger than normal cards so they would not easily mix with other decks. This is only an issue if this is something that you need to do, or an easy fix for that would be to just buy as many decks as you need of this deck! :)
↭ 🍁 ↭
Cool
by Elle (4 out of 5 stars)
September 10, 2016

So, the hand pointing at the sky is on every card which I didn't realize. I was hoping it would just be the night sky on each card. For some reason, that hand on there really bugs me. It's like having your thumb show up in a photo you took, or something.

The cards themselves are thick and seem to be good quality. I like all the information on each of them as it makes for a lot of different game possibilities.
↭ 🍁 ↭
The cards are beautiful and educational
by karma (3 out of 5 stars)
July 6, 2016

The cards are beautiful and educational, however, they are difficult to get in and out of the box without damaging them, and one got damaged simply trying to gently tuck the flap in to close the box because it is too tight to get the cards in and out easily. Not a smart design on the part of the manufacturer. Never had a deck of cards that do not want to fit back into nor come out the box.
↭ 🍁 ↭
Night Sky Playing Cards
by Diane Weeks (5 out of 5 stars)
November 22, 2016

Beautiful Cards with beautiful pictures of the constellations I loved the deck of cards, but they were too dark for me. I gave them to my 10 year old grandson and he loves them. He has very good eyes. Black Background did not intern with his interest in the stars.
↭ 🍁 ↭
Much larger than standard cards
by emptypockets304 (3 out of 5 stars)
April 8, 2013

The images are alright, but these are more like flash cards than something I would actually play a card game with. I wish there was some indication of where to find these constellations in the sky as well.
↭ 🍁 ↭
Better then I thought it would be!
by Valerie89 (5 out of 5 stars)
February 21, 2016

My husband loves astronomy and I thought this would be a cute gift. He loved it. The way the cards were organized was also cool. The suits are based on the seasons of the constillations. Also the Ace is the brightest and most visable constillation and then they go down in brightness and visability.
↭ 🍁 ↭
I won't be using for my purposes
by Harper Rue Tivoli (2 out of 5 stars)
November 2, 2015

I have an odd obsession with galaxy & constellation anything. I don't know why bc I dropped astronomy back in college but I've always been drawn to the beauty of it all. I wanted these cards and they were exactly what I'd hoped they were. Beautiful.
↭ 🍁 ↭
These cards are good quality and they are a little bigger than your ...
by reallife (5 out of 5 stars)
March 6, 2016

I hesitated to buy these because I read another review that said the cards were paper thin - Not true. These cards are good quality and they are a little bigger than your typical deck so you can really see the constellations. For this price, this deck of cards was a steal and a great way to learn about the stars.

*If this is not the "Night Sky Playing Cards" product you were looking for, you can check the other results by clicking this link 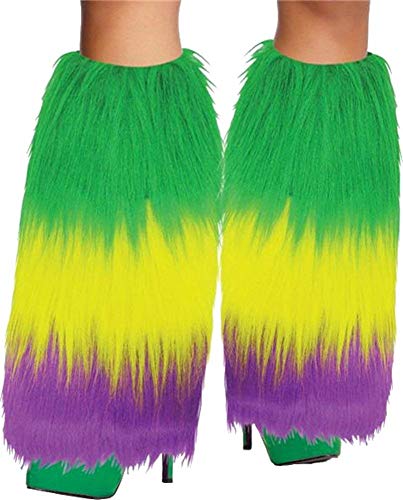